Why President Trump is Our Only Hope 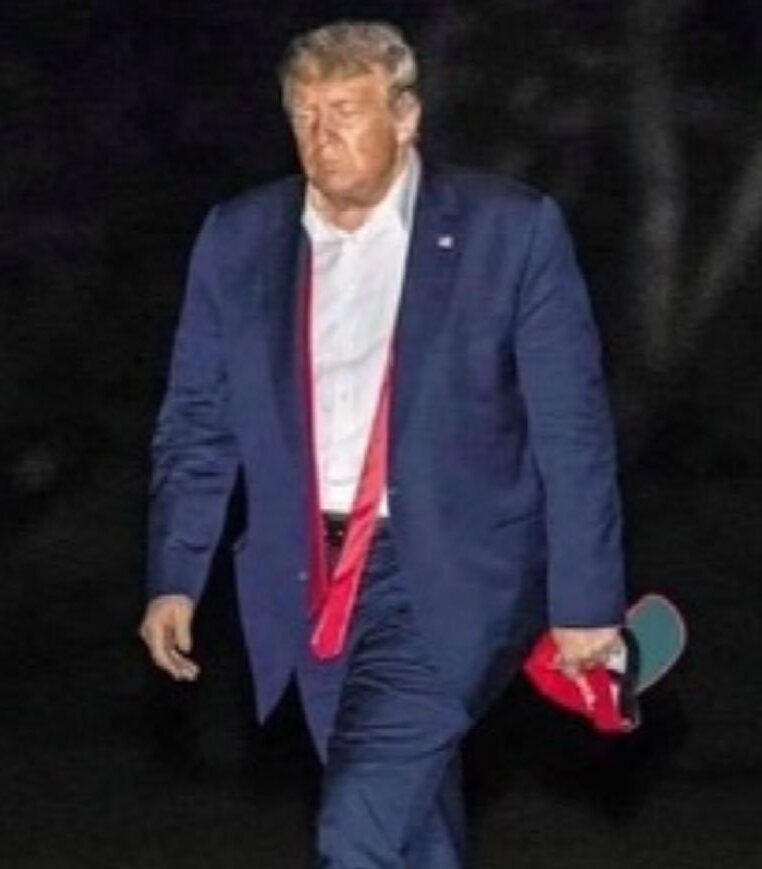 A letter from the son of a Holocaust survivor:

Let’s look at this man for one second.

Walking back to the White House after a long day. 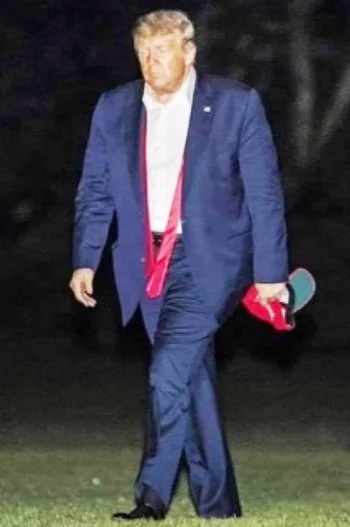 A 74-year-old man coming back home from work at 2 AM while most men his age are retired in their vacation homes.

He comes back after a long day that probably started before the sun rose and gets back home exhausted with his tie open and hat in his hand feeling that an accomplished day is finally over.

That amazing man is in the age of many people’s grandfathers, great grandfathers or my grandfather when he passed away, but this man just came back home from work, for me, for you.

This man, left his massive gold-covered mansion where he could retire happily and play golf all day long.

But this man put his wealth aside and went to work for free, for $1 a year, for me, for you, for us, for AMERICA.

While other presidents became rich from the presidency, this man LOST over 2 billion dollars of his wealth during this short 4 years of his life. Yet, he donated 1 million dollars to flood victims in Houston.

He put aside his amazing retirement lifestyle for getting ambushed every single day by the media and the Radical Left Democrats that trash this man who works for them until 1 AM for free.

He doesn't do it for money or power, he already had it. He is doing it so their houses will be safe, so their schools will get better, so they will be able to find jobs or start a new business easier, so they will be able to keep few dollars in their pockets at the end of the month while other presidents before him made sure to keep digging in their pockets and empty them for taxes.

Look at this picture again, that man is at the age of your fathers, grandfathers or maybe YOU. Where is your respect? Honor? Appreciation? Are you THAT BLIND? THAT BLIND to not see a thing this man is doing for you and for your family?

THAT BLIND that after all his work for minority groups in America you keep calling him a racist? I am the son of an Auschwitz Survivor and someone who lost 99% of my family to the camps and ovens of Nazi Germany. And I’m no fool. DONALD TRUMP IS NO RACIST OR ANTI-SEMITE.

Are you THAT BLIND to not see how much this country developed in the last 4 years?

President Donald J. Trump, I want to thank you with all my heart. I am so sorry for the blind hatred you have been made to endure.

You are a good and generous man. I KNOW THIS. What I don’t know and think about often is what kind of people is it who can be so hateful in their hearts to spew such hate and evilness, not just at you but at your family too?

Or people mocking and making jokes about you because you’re not a professional politician groomed in speech-making and straight-faced lying.

Or attacking your wife and young son.

People who believe their hatred is their own. But they can’t articulate why they hate.

What kind of people are these?

WHAT KIND OF PEOPLE ARE THESE?

They are the kind of people who do not realize that they have been manipulated and brainwashed by such a deep-rooted EVIL MOTIVATED BY EVIL MEDIA.

The American people are in a bad place right now.... in their hearts and souls. God help us.... Trump is not the problem.

President TRUMP is our only hope.

I'm re-posting this here because it is a voice we should hear and think about. If we refuse to look at all sides of any topic, we are choosing to remain ignorant.  How can we remain united if we cannot listen to all views and then research what we are uninformed about?  Our political parties have refused to do this. It is up to we the people.