Americans Have Been the Most Deceived People on Earth 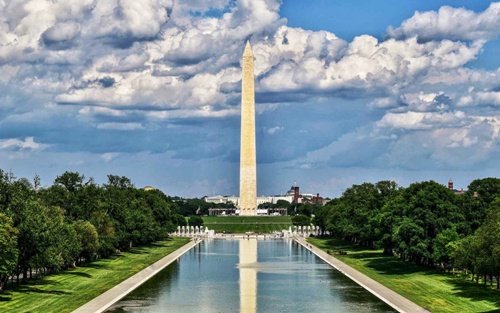 I came across a very clear video explaining in simple terms how deceived Americans have been about their most basic assumption, that they are a free and independent people.  Only when we know our real history can we change it to reflect our belief in what we truly aim to be, as stated in the Declaration of Independence and the preamble to the Constitution.*

So here is the real story of the United States that we have not known, transcribed from the video.  Links for your further research are included.

The Empire of the City

King James I was famous, not for just changing the Bible into the King James version, but for signing the first Charter of Virginia in 1606. That charter granted America’s forefathers a license to settle and colonize America.

The Charter also guaranteed that future kings and queens of England would have sovereign authority over all the citizens and colonized land in America stolen from the Indians.

After America declared its independence from Great Britain, the Treaty of 1783 was signed. That Treaty specifically identified the King of England as a Prince of the United States and contradicts the belief that America won the War of Independence. Although King George III of England gave up most of his claims over his American Colony, he kept his right to continue receiving payments for his business venture of colonizing America.

The 13th Amendment is called the 'Title of Nobility Amendment' and forbids U.S. Presidents from using royal titles like king or prince or baron - for some the serious reason this [original] 13th Amendment, which was ratified in 1810, no longer appears on copies of the Constitution.

America’s War of Independence against the British bankrupted America, and turned its citizens into permanent debt slaves to the King. In the War of 1812, the British torched and burned to the ground the White House and all U.S. government buildings and destroyed ratification records of a U.S. Constitution.

One century later, a corrupt U.S. Congress committed the biggest theft in world history. They passed Paul Warburg’s Federal Reserve Act in 1913, handed over America’s gold and silver reserves and total control of America’s economy to the Rothschild bankers.

Most Americans believe the ‘Fed' of the Federal Reserve is the government. It is not. The Fed is a privately owned banking system whose majority class A shareholders are the Rothschilds, Warburgs, Kohn & Loeb, J.P.Morgan, Rockefeller, Israel Sieff, and the Lehman Brothers. This private banking cartel in the Fed are never audited and have never paid taxes.

They print and design America’s money, which displays their symbols, an Egyptian pyramid, a Masonic all-seeing eye and the words, 'In God We Trust.' Who exactly is the God they trust? They also collect American taxpayers' money through the IRS. Then they loan it back again at interest, to pay for roads, bridges and other public works.

American Presidents are hand-picked and financed by these special elitist power groups, like George W. Bush and John Forbes Kerry, (whose initials are JFK, a member of Yale’s Skull and Bones brotherhood). The Forbes part of John Kerry’s name identifies his descendancy from Captain Robert Bennet Forbes who was a drug runner for the Rothschild’s opium drug trade with China in the 1800’s.

At the center of each city-state is a towering phallic-shaped stone monument called an obelisk that points skyward. In the D.C. city-state, the obelisk known as the Washington Monument, was dedicated to Freemason George Washington by the Freemason Grand Lodge of the District of Columbia.

* The National Economic Security and Reformation Act is designed to annul these treaties and acts and reform our government into what it was originally meant to be. The Act of 1871 link is included in this history of NESARA.