The Story of "The Star-Spangled Banner" 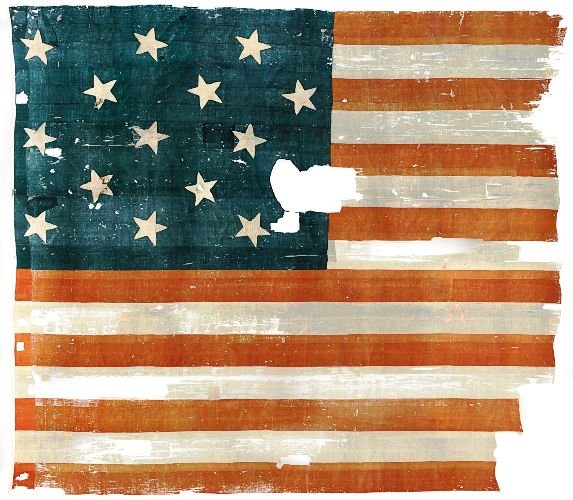 There was a lawyer once – his name was Francis Scott Key.  He penned a song that I’m sure you’re aware of – it’s called the National Anthem. It is our song as an American. Most of us have memorized it as a child but we’ve never really thought about what it means. Let me tell you a story.

On the appointed day he went out in a rowboat and negotiated with the British officials and they reached a conclusion that men could be exchanged on a one-for-one basis.  Francis Scott Key, jubilant that he had been successful went down below in the boat and what he found was a cargo hold full of humanity, men. And he said, Men, I’ve got news for you. Tonight you are free.

He said tonight I have successfully negotiated your return to the colonies. You’ll be taken out of this boat, out of this filth, out of your chains. As he went back up to arrange for their passage to the shore, the Admiral came and he said, “We have a slight problem.” He said, “We will still honor our commitment to release these men but it will be merely academic after tonight. It won’t matter.”

And Francis Scott Key said, “What do you mean?” He said, “Mr Key, tonight we have laid an ultimatum upon the colonies. Your people will either capitulate and lay down the colors of that flag that you think so much of, or do you see that fort over there, Fort McHenry?”  He said, “We’re going to remove it from the face of the earth.”

He (Key) said, “How are you going to do that?” He (the Admiral) said, “Scan the horizon of the sea.” He could see hundreds of little dots. And he said that’s the entire British war fleet. All of the gunpowder, all of the armament is being called upon to demolish that Fort. It will be here within striking distance in a matter of about two and a half hours. He said, “The war is over; these men would be free anyway.”

He said, “You can’t shell that Fort. That’s a large Fort. It’s filled with women and children. It’s predominantly not a military Fort.

They said, “Don’t worry about it. We’ve left them a way out.”

They said, “Do you see that flag way up on the rampart? We have told them that if they will lower that flag, the shelling will stop immediately, and we’ll know that they’ve surrendered and you will now be under British rule.”

Francis Scott Key went down below and told the men what was about to happen. When they asked how many ships, he said, hundreds.

Francis Scott Key went back on top and told the men he would shout down to them what was happening as we watch. As twilight began to fall and a haze hung over the ocean as it does at dusk, suddenly the British war fleet unleashed.

He said the sound was deafening; there were so many guns there were no reliefs. It was absolutely impossible to talk or hear. Suddenly the sky, although dark, was suddenly lit. From down below, all he could hear the prisoners saying was, “Tell us where the flag is. Is the flag still flying?”

One hour, two hours, three hours into the shelling, every time the bomb would explode close to the flag, they could see the flag in the illuminated red glare of that bomb and Francis Scott Key would report down to the men that it was still up.

The Admiral came and said, “Your people are insane. What’s the matter with them? Don’t they understand this is an impossible situation?  Francis Scott Key said he remembered what George Washington had said. He said that what sets the American apart from all other people in the world, is that he will die on his feet before he will live on his knees.

Francis Scott Key said the barrage was unmerciful. All that he could hear was the men down below praying, “God, keep that flag flying where we last saw it.”

Sunrise came. He said there was a heavy mist over the land but there was the rampart and the flag, completely non-descript, in shreds. The flagpole itself was at a crazy angle, but the flag was still at the top.

Francis Scott Key went to the Fort and immediately entered to see what had happened. What he found was that that flag and pole had suffered repetitious direct hits. And when it had fallen, men - fathers who knew what it meant for that flag to be on the ground, although knowing that all the British guns were trained on it, walked over and held it up, humanly, until they died. Their bodies were removed and others took their place.

Francis Scott Key said that what held that flagpole in place at that unusual angle were patriots’ bodies.  He penned the song, “Oh, say can you see by the dawn’s early light, what so proudly we hailed at the twilight’s last gleaming, …and the rockets red glare, the bombs bursting in air, gave proof through the night that our flag was still there. Oh, say does that star-spangled banner yet wave o’er the land of the free and the home of the brave?” The debt was demanded - and the price it was paid. https://www.youtube.com/embed/YaxGNQE5ZLA